From ancient biblical floods to the epic adventures of Jason and the Argonauts, the Black Sea has been the site of some of history’s greatest exploits. Create your own odyssey on this incredible voyage of discovery that sails from Istanbul to Athens on a route that explores the intriguing coastline of the Black Sea at length.

Founded by the Greeks almost 2,600 years ago, Constanta is one of Romania’s oldest cities, and Sinop’s naturally protected harbour has been a safe haven for ships for centuries. The modern era is also well represented in destinations such as Batumi, a popular summertime vacation spot where new landmark buildings and renovations have transformed the landscape.

• On a walk though Nessebur’s old town, explore the ruins of the fifth century Sveta Sofia Church

• Experience the Turkish countryside on a drive from Trabzon to Sumela Monastery, an impressive structure built into the side of a steep cliff 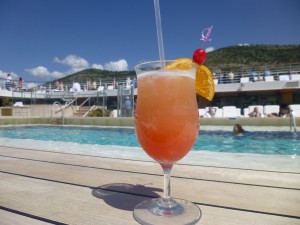 Inside Stateroom from £1499pp

Call Jane or Lizy on 02476 742135 for more information and availability – Don’t miss this fantastic offer!