GoCruisewithJane in the 60's ~ Orcades part II & Rock of Gibraltar 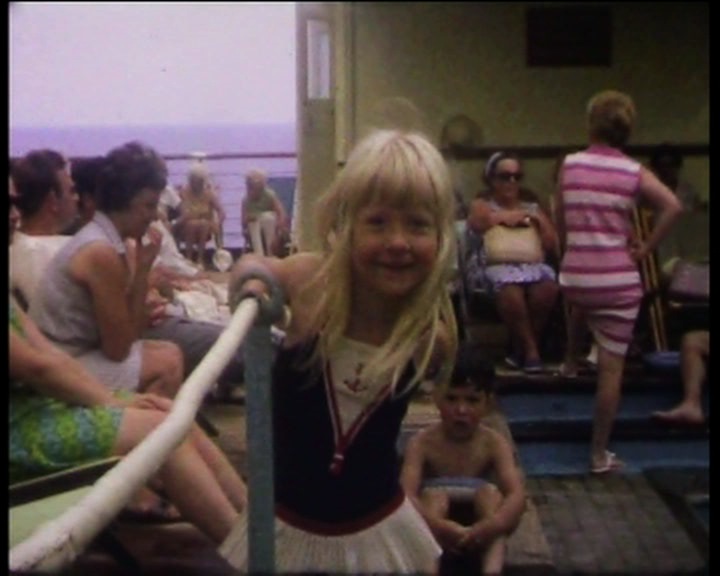 Following on from the success of last weeks film footage of life as a child onboard a Mediterranean cruise on on Orcades in 1968, I bring to you part two…..

Looks like most of my time onboard was spent either in the playroom or around the pool area, which I dont suppose would be to different from a child of today, apart from the fact that a wooden playhouse and a orange see saw seemed to be the main toys of the day! You might recall me telling you that we didnt have shallow pools for children to swim and play in, so at around 3.00pm the depth of the main pool would be lowered and we were allowed in for ‘childrens swim’. I remember that it always seemed a very long way down that vertical ladder inside the pool until you got to the icy, freezing cold salt water! I look pretty pleased to have made the descent down to the water though. Those P&O issue ‘rubber rings’ really did have a rubber smell to them. The pool water would be lowered for about an hour before it was refilled back upto its normal level, which would bring us nicely upto childrens tea time. But before that it was upto the changing rooms to run the swimsuits through the mangle!! I used to love putting my swimsuit through the big iron mangle, but that bit of fun soon stopped when they introduced electric spinning machines in there.

I would guess that this was also my first visit to see the famous apes on the Rock of Gibraltar, and I see that one of the cheeky apes has taken a ladys pink chiffon scarf, which Im sure would have caused me to have one of my cheeky little giggles.