A select group of 175 ‘Ten Pound Poms’ and friends remembered their life-changing voyage to Australia at a special event onboard P&O Cruises Oriana in Sydney today.

The nostalgic reunion was held as part of celebrations to mark 175 years of heritage for P&O Cruises, which played a key part in the post-World War II assisted migration program.

Under the program, which ran from 1947 to 1972, more than a million Britons paid ten pounds to cruise to Australia to start a new life, earning the tag of Ten Pound Poms.

Now famous Australians who arrived there under the program include Prime Minister Julia Gillard, actor Hugh Jackman and singers Kylie Minogue, Jimmy Barnes and the Gibb brothers, better known as The Bee Gees.

The lunch followed an invitation from P&O Cruises to Australia’s Ten Pound Poms, asking them to tell their favourite stories about their journey to their new land.

The cruise line was flooded with more than 1500 entries, revealing stories of romance and adventure at sea and complete surprise at the Australian way of life on arrival.

The winners and guests, 175 in all, were invited to attend today’s celebratory event onboard the cruise line’s modern day Oriana, the namesake of one of the ships which carried Ten Pound Poms to Australia in the 1960s.

Among the many winning stories were couples who met and fell in love onboard their journey to Australia, those who migrated to escape ill health caused by the British climate and even one passenger who kept the key to his cabin after his voyage to Australia – and today gave it back.

P&O Cruises managing director, Carol Marlow, who hosted the event along with celebrity Godmother and Sydney resident, Darcey Bussell CBE, said it was fitting that the cruise line was celebrating its 175th year of heritage in Australia with this special event onboard Oriana.

“After World War II, more than one million Britons sailed to Australia as part of the largest planned mass migration in history and most of these came on P&O ships. Those Australians still have wonderful stories to tell of their voyage here and their memories of settling in Australia and it was fabulous to celebrate some of those today.”

The day was made more special by recreating a streamer farewell, which was a signature event in years past when ships were leaving to embark on long voyages. 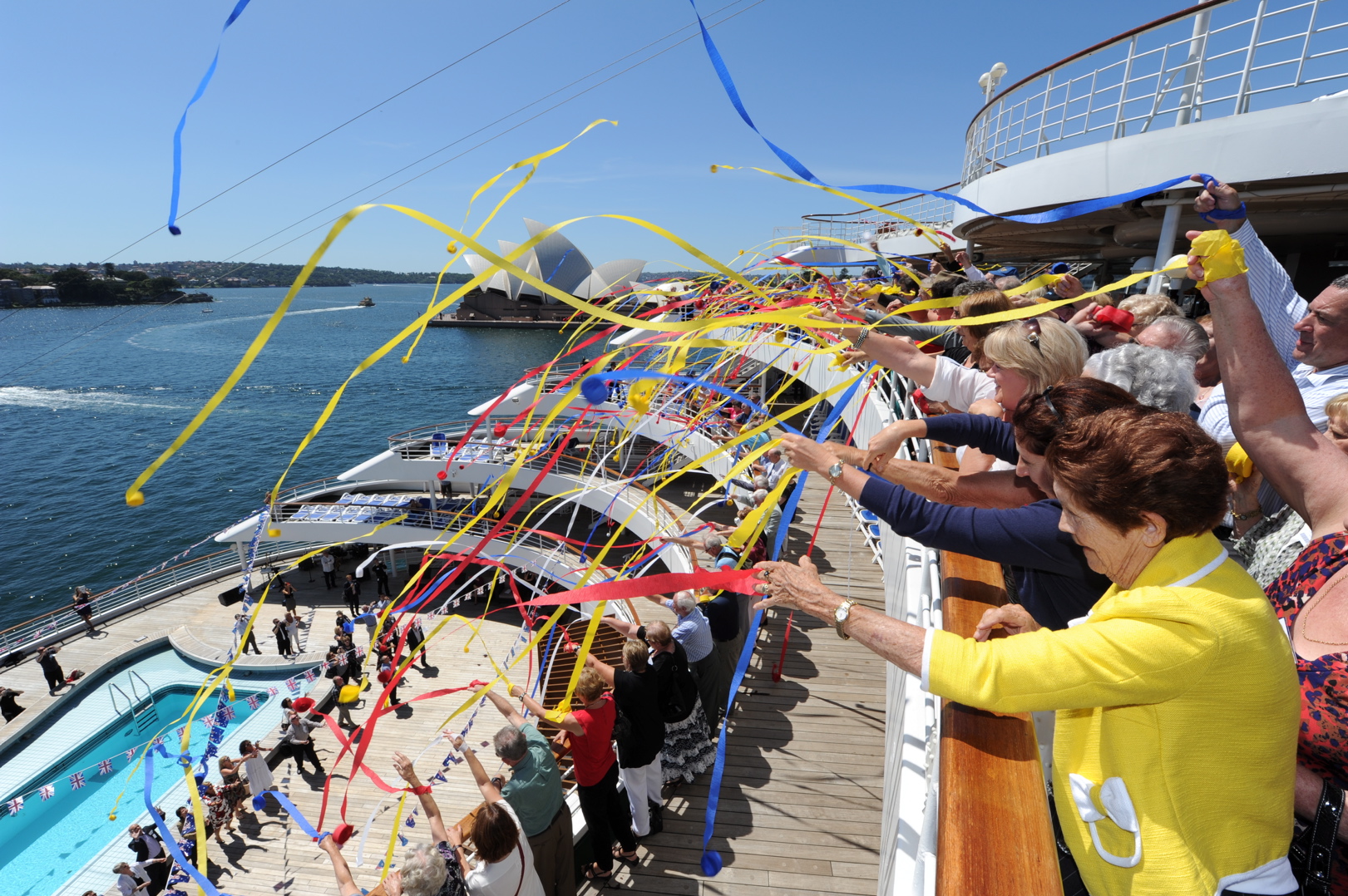