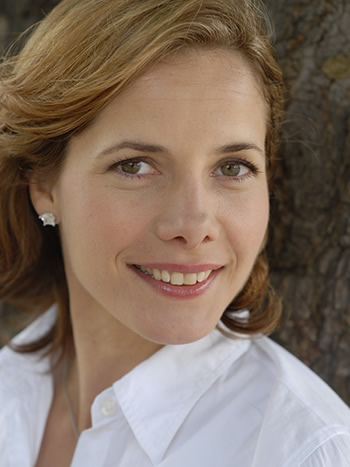 One of the world’s best loved ballerinas, Darcey Bussell, will be Godmother to the latest and most sophisticated addition to the P&O Cruises fleet, the 115,000 ton ship, Azura.

Former Royal Ballet principal dancer Darcey, now resident in Sydney, Australia, will fly back to Britain next Spring with her family for Azura’s glittering naming ceremony, but exact details of the occasion are being kept a closely guarded secret until the day.

“I am so excited, honoured and, at the same time, somewhat filled with trepidation to be Godmother to Azura, as I know how significant the ceremony is viewed by the ship’s captain and crew”, said Darcey Bussell.

“Darcey Bussell epitomises glamour, sophistication and elegance, all qualities we have strived to achieve in Azura” said P&O Cruises managing director, Carol Marlow. “Azura will offer the service, quality and entertainment associated with cruising at its very best and as dance will play a key part in this, it is entirely fitting for Darcey to give Azura the best possible start in life.”

Azura’s maiden voyage departs Southampton on 12 April 2010 for a 16 night holiday to the Mediterranean. Click here for full details on Azura’s 2010 holidays..

Darcey Bussell was born in London on the 27th of April 1969. She attended the Arts Educational School at the Barbican, had a flair for dance and so at the relatively late age of 13 she auditioned and won a place at the Royal Ballet School at White Lodge.

She signed up for some lessons with the legendary Svetlana Beriosova during her summer holidays and in 1985, aged 16, Darcey was accepted at the Royal Ballet’s Upper School.

While she was still at school, the late Kenneth MacMillan noticed her exceptional technique and in 1988 he gave her the leading role in his ballet ‘The Prince Of The Pagodas’, causing her to move to The Royal Ballet. A year later in December 1989, on the opening night of the show she was promoted to Principal, at the time the youngest ballerina to be given this honour.

In December 1990 she was voted Dancer of the Year by the readers of Dance & Dancers magazine. In February 1991, she was presented with the Variety Club of Great Britain’s Sir James Garreras Award for the most promising newcomer of 1990. One week later she was then presented with the Evening Standard Ballet Award for 1990. In April 1991 she was selected as the joint winner of the Cosmopolitan Achievement Award in the Performing Arts category.

In 2006 Darcey announced her retirement as a principal dancer at the Royal Ballet. She stayed with the company as a “guest principal artist” and on the 8th of June 2007

Darcey officially retired from ballet with a final performance of MacMillan’s song of the Earth. It was performed at the Royal Opera House and was broadcast on BBC 2.

Darcey recently teamed up with Welsh opera sensation Katherine Jenkins with whom she put on a musical called Viva La Diva, which paid tribute to the stars who have inspired them.

Darcey Bussell is married and has two daughters and now lives in Australia.