Cunard’s largest ever winter series of voyages will go on sale on the 15th July featuring two World Voyages and a series of Exotic Discovery Voyages. Longer Winter Voyages and full World Voyages continue to prosper despite tougher economic times and with Cunard Liners ideally suited to longer journeys, the 2012 programme has a number of innovative and appealing choices. Cunard will celebrate the 90th anniversary of their first World Voyage on Laconia in 1922 by sending two of its ocean liners, Queen Mary 2 and Queen Elizabeth, around the world on very different journeys in 2012. Queen Victoria will offer a full Winter Season of Exotic Voyages taking in Panama Canal, Caribbean and her first ever Hawaii Christmas Voyage.

“World Voyages deliver outstanding value for money when compared to other holiday experiences. There is a growing desire for adventure and exploration, Cunard’s World Voyages deliver just that – but at the same time provide the best in luxury and sophistication no matter where the ships may be.

“To arrive in ports like Cape Town, Sydney and Hong Kong on a Cunard Liner is an experience that no other cruise line can match – often with many thousands of boats and onlookers giving our guests unique and memorable experiences.

“With the addition of Queen Elizabeth to the Cunard fleet, we are able to offer a wider range of destinations than ever before. As well as their full World Voyages, both Queen Mary 2 and Queen Elizabeth will offer a wide range of shorter sectors joining up famous cities around the world. Queen Victoria endorses that choice with shorter and more affordable voyages to destinations like Hawaii and Panama Canal”.

Highlights of the programme include:

• Opportunity to sail out and back to Australia, spend three weeks with friends and relatives in Australia, then sail home to Southampton.

• Visits to Japanese Ports of Hiroshima, Osaka and Nagasaki

• Range of shorter holiday sectors joining up key cities around the world.

• Departs Southampton on her second World Voyage on 10 January 2012. This 107 night voyage calls at 41 ports in 25 countries and is a traditional west-about voyage. Fares start from £10,999.

• Provides guests with the opportunity to experience two Queens by sailing to Australia on Queen Mary 2 and returning on Queen Elizabeth – a unique two-ship ‘no-fly Australia’ experience.

• Departs on inaugural Christmas Hawaiian Islands voyage from Los Angeles on 21 December for 14-nights. Ports of Call include Hilo, Honolulu, Nawiliwili, La Haina and Ensenada; fares start from £2,599 per person. 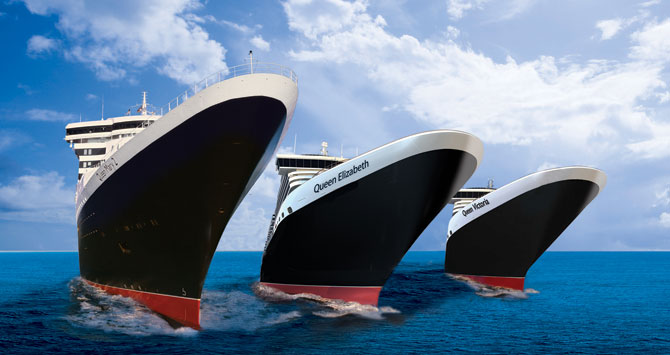 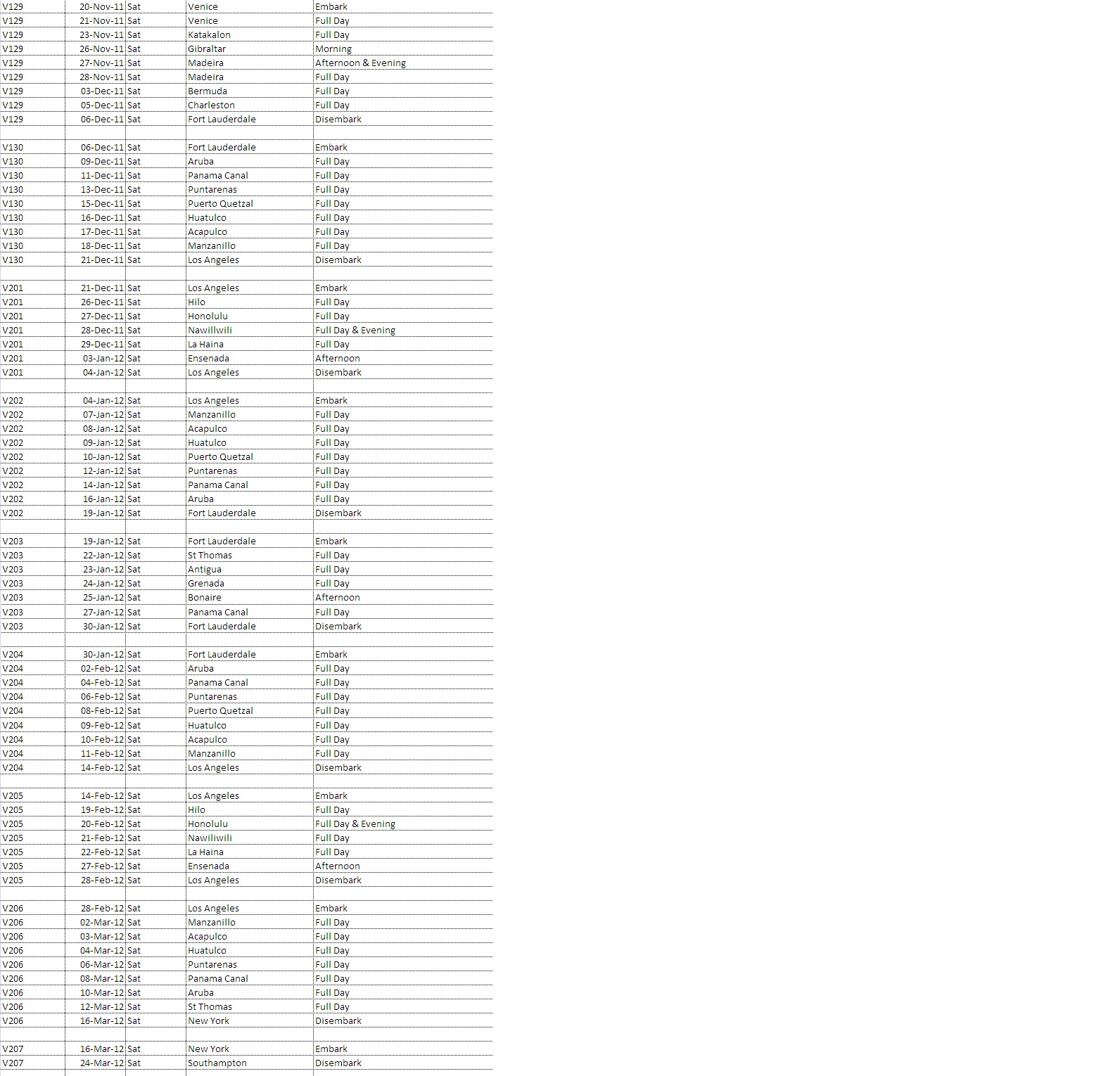 To pre register and for additional discounts Contact me NOW! Tel 02476 742135 or email janechadwick@gocruise.co.uk